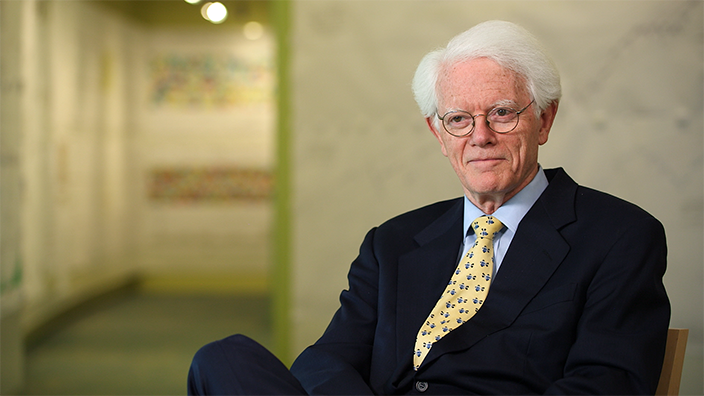 Even though it has been many years since Peter Lynch left the spot-light of Wall Street, his influence on traders continues today. Even some 25 years after Peter Lynch’s retirement, hardly a month goes by without some new Peter Lynch investing strategy or quote being passed around on Wall Street. The reason is that Peter Lynch was famous for the consistent returns he produced at Fidelity’s Magellan Mutual Fund. Lynch managed Magellan’s assets from 1977 to 1990.

Peter Lynch wrote a lot about investing. Here are some of the Peter Lynch criteria that have stood the test of time.

First, is it a boring business? Second, is right under our noses but most people don’t even think about it? Third, is it a growth stock that’s not overvalued?

1. Do not purchase anything you do not understand

Peter Lynch did his research. He wanted to understand everything about the business before investing in it. Lynch also recommended investing in businesses whose company is relatively simple to comprehend or which one is comfortable with.

2. Describe why you’re purchasing it, prior to purchasing

The motives for our purchase should not be based simply on the ideas of someone else. You should know what you are buying and be able to spell out WHY you are buying it.

3. It’s useless to call interest rates as well as the market

One must cut out marketplace sound when choosing investment choices. It is important to concentrate on core principles. Lynch said once said, “If you spend more than 13 minutes examining economic and market predictions, you have wasted 10 minutes.”

Lynch invested in the ‘narrative’ a firm offers. The actions a company is going to take to produce the desired outcomes formed the crux of his investment choices. He looked for companies that had a clear, and well communicated path between where they were currently at, versus where they wanted to be.

5. Be humble and adaptable and learn from errors

Not living in a self denial about a bad investment decision goes a long way. Everyone is wrong from time to time. Recognize when you are wrong as quickly as possible and then adjust your portfolio. Staying in a losing investment hoping that one day it will do well is a losers game.

6. There is always something to worry about

Investments and markets are always under some type of threat. No investment strategy will change that. One can merely mitigate danger to attain a higher level of success. Thus focus on mitigating risk. Lynch often ignored short term market volatility. He mainly invested for the long run. Buying a great stock, at an acceptable and fair price, was his mantra.

1. The key to making money in stocks is not to get scared out of them.

2. There’s no shame in losing money on a stock. Everybody does it. What is shameful is to hold on to a stock, or worse, to buy more of it when the fundamentals are deteriorating.

3. Owning stocks is like having children — don’t get involved with more than you can handle.

4. If you don’t study a company, you have the same success as you do in a poker game if you bet without looking at your cards.

5. Never invest in any idea you can’t illustrate with a crayon.

6. The person that turns over the most rocks wins the game. And that’s always been my philosophy.

7. People who want to know how stocks fared on any given day ask, “Where did the Dow close?” I’m more interested in how many stocks went up versus how many went down. These so-called advance/decline numbers paint a more realistic picture.

8. That’s not to say there’s no such thing as an overvalued market, but there’s no point worrying about it.

9. The daily news cycle will always give you plenty of reasons to sell your equities.

10. The typical big winner in the Lynch portfolio generally takes three to ten years to play out.

11. Investing in stocks is an art, not a science, and people who’ve been trained to rigidly quantify everything have a big disadvantage.

12. If you can follow only one bit of data, follow the earnings — assuming the company in question has earnings. I subscribe to the crusty notion that sooner or later earnings make or break an investment in equities. What the stock price does today, tomorrow, or next week is only a distraction.

13. During the Gold Rush, most would-be miners lost money, but people who sold them picks, shovels, tents and blue-jeans (Levi Strauss) made a nice profit.

14. In the long run, it’s not just how much money you make that will determine your future prosperity. It’s how much of that money you put to work by saving it and investing it.

What is Peter Lynch’s advice for picking stocks?

Peter Lynch’s rules for investing are:

What happened to Peter Lynch?

Like Sandy Koufax and Jim Brown, Peter Lynch stepped down at the peak of his fame at the age of 46 in 1990. With a nest egg of $50 million, Lynch decided to retire to spend more time with his family.

“I loved what I was doing,” Lynch said, “but I came to a conclusion, and so did some others: What in the hell are we doing this for? I don’t know anyone who wished on his deathbed that he had spent more time at the office.”

Along with his family time, Lynch works investing his foundation’s money and mentoring younger analysts and portfolio managers at Fidelity.